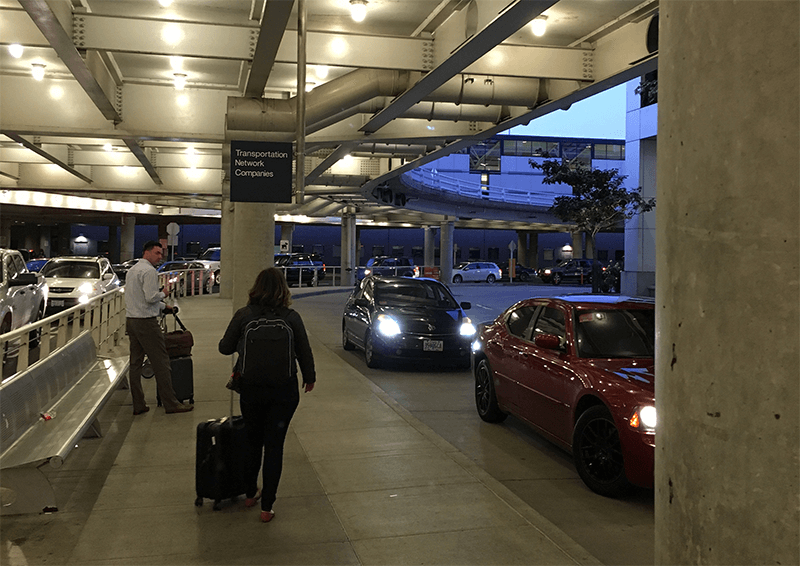 Ride-hailing companies have taken a quarter of service at Salt Lake International Airport, less than a year after they were allowed to operate.

In a report made May 25 to the state’s Airport Advisory Board, Maureen Riley, executive director of the Salt Lake City Department of Airports, stated that since September 2015, Uber and Lyft had taken one-fourth of the trips and fares from traditional airport taxi and shuttle services.

There are multiple reasons why this could be happening. First, Uber and Lyft offer much lower fares than taxi companies outright. In addition, taxis often face less restrictions than Uber and Lyft drivers; for example, taxis must wait in designated locations for customers, while Uber drivers can just pass through to pick them up when they’re ready.

Taxi drivers raised these concerns back in September, when ride-hailing services were first allowed to operate at Salt Lake Int’l, and now it seems there are the first signs of a chunk being taken out of their profits. With an incredibly busy season for the airport behind them – from Sundance Festival to the ski season – Riley said that her team is looking to see if the change was seasonally-based or part of a longer trend.

Salt Lake City, like Austin, TX and Chicago, IL, has not had the easiest relationship with ride-hailing companies. In 2014, the city fined Lyft drivers for operating without required licenses, and this lead to the city passing new laws deregulating the taxi industry in the area.

Cities across the U.S. are struggling to find ways to integrate services like Uber and Lyft into the airport ground transportation market without hitting the local taxi industries particularly hard. The ride-hailing companies’ operation at Salt Lake Int’l is part of a one-year pilot program, aiming to fix what was called a transit “Wild West.” Phoenix, AZ just gave the greenlight to Sky Harbor, Deer Valley and Goodyear airports to allow ride-hailing companies the ability to pick up customers, where before they could only drop them off.

In Jackson, MS, Uber drivers are dealing with unclear rules between the company and Jackson-Evers Int’l Airport. Now officials consider striking terms to allow Uber drivers to wait in the taxi pick-up area for customers. As of now, while no drivers can be arrested, some have said they’ve been threatened by security for waiting in the taxi pick-up area. Lyft has been barred from picking up passengers from Logan Airport in Boston, MA, and this may have led to drivers being fined.

In other words, if you’re flying somewhere this summer and think you can grab an Uber to the hotel, check ahead first.