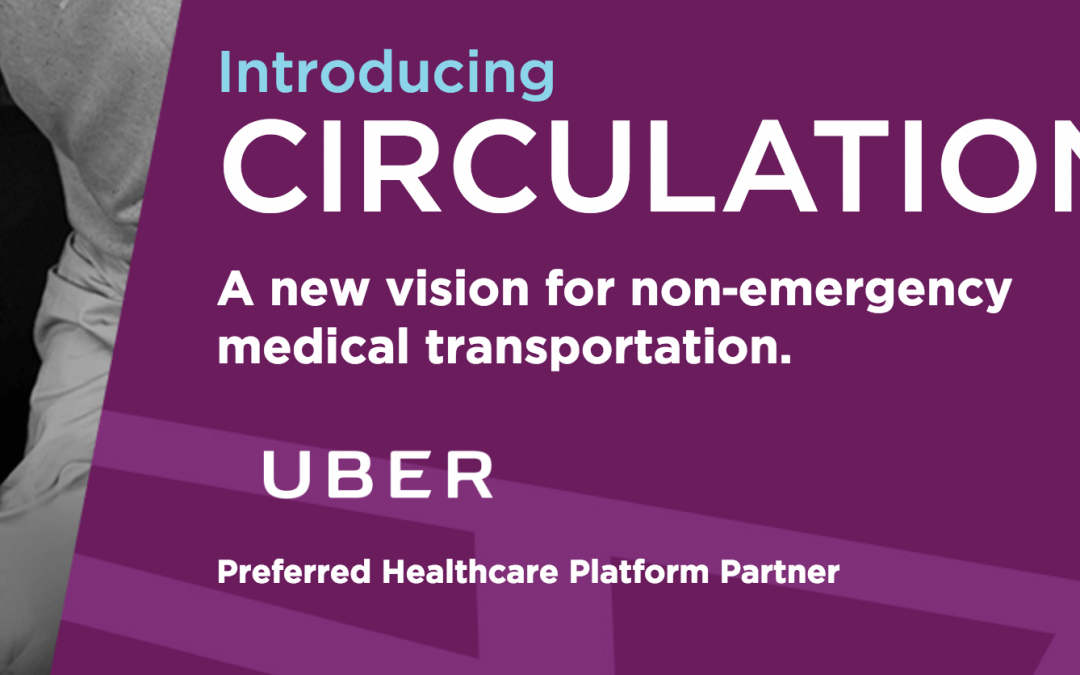 A new company has been launched in Boston that aims make ride-hailing a primary way to transport patients to and from the hospital.

Circulation is a startup launched by Boston Children’s Hospital in coordination with Uber.

While both Uber and Lyft have increasingly ventured into medical-related transportation, Circulation offers a new level of integration, enabling hospital staff to book rides for patients’ with knowledge of their particular health needs, and the trips are covered by insurance. The trips are for non-emergency appointments.

“Each year, around 3.6 million patients across the USA miss at least one appointment due to lack of access to transportation. Factor in delayed critical interventions, and the resulting overall cost estimates run into hundreds of billions of dollars. Why do Americans who qualify for non-emergency medical transportation services (NEMT) still struggle to find accessible, affordable rides to and from medical appointments?”

The program launched on Tuesday as a pilot program, and will only operate in the hospital’s Gastroenterology division. But Circulation clearly aims to expand, offering medical institutions a ready-made platform to book rides for patients that can “seamlessly be integrated with healthcare systems as well as both established and on-demand vendors.”

Circulation is reportedly running pilot programs at hospitals in Pennsylvania and Delaware, and there are plans to roll it out in six other states later this year.

With the platform, nurses or other hospital staff will be able to book rides for patients even if they don’t have a smartphone; they can get a text message or a call when their ride is coming.  And Circulation connects Uber’s API with a hospital’s electronic medical records, allowing staff to inform a driver if the patient requires any special assistance, if, for example, he or she needs help getting into or out of a vehicle, is hearing or visually impaired or travels with a caregiver.

A particular kind of vehicle can also be requested, such as one that can fit a wheelchair or other medical equipment.

And both Uber and Lyft, have launched initiatives catering to seniors. Uber announced last year that it would be seeking to enter partnerships with “local senior advocates, organizations, and municipalities around the country.”