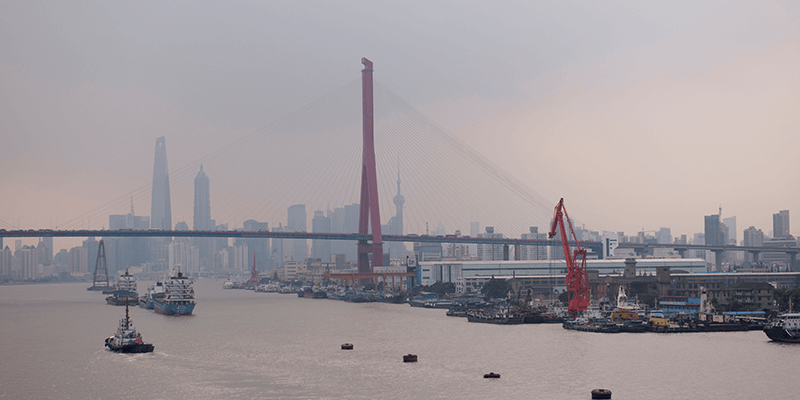 Uber has faced some of its biggest challenges in China, where another ride-hail app called Didi Chuxing dominates, but the company expects to be China’s most popular ride-hail app by 2017.

Uber’s market share in China is now around 30 percent, Uber China’s head of strategy Liu Zhen said at the Converge technology conference in Hong Kong. In 2015, it was only 1 percent.

So far for Uber, those cuts are working.

“When you look at the growth we have,” Zhen said according to Reuters, “market share growth of 1 percent to one-third, and the efficiency we have achieved, our business is in a greater than ever position to continue the rapid growth.”

So rapid, in fact, that when Zhen was asked when Uber would become bigger in China than Didi Chuxing, she answered: “I hope next year.”

How Uber Can Win China

Uber’s battle to win China hasn’t come cheap. Travis Kalanick, Uber’s CEO, said that the company is losing $1 billion a year in China. It plans to be in 100 Chinese cities by the end of 2016, and Kalanick said that dumping cash to lower prices and grow users is “how you win.”

Losing money in the short term is certainly not a problem for Uber. The company recently received a $3.5 billion investment from Saudi Arabia. Added to that, Uber is profitable in many United States cities and has recently dominated the Latin American market in the face of regulation and competition.

The Promise Of Innovation

Uber might need to rely on innovation, not pure capital, to reach its goal of being the largest ride-hail company in China.

A Chinese city called Chengdu has the biggest active Uber population by number, though not by percent. The large number of users in the city has allowed Uber to test out new services that set Uber apart from Didi Chuxing.

Chengdu was the first city in the world to get UberCOMMUTE. The service allows people who drive to work to pick up commuters along the way and get reimbursed for the costs. The feature is more of a money saver than a money maker, and has since spread to cities in the United States.

Chengdu was also the testing ground for a Chinese-only service that combines UberCOMMUTE and UberPOOL. It allowed everyday people to pick up extra passengers on their commute, but like UberPOOL, it encouraged drivers to pick up multiple people even if someone is slightly out of the way.

“We’re spending a lot of money here (in the subsidies war),” Tiger Fang, Uber’s general manager in Chengdu, told TechNode. “We’re spending a billion dollars a year, so this initiative is part of that savings program.”

China has some of the worst traffic congestion in the world. Ride-hail apps offer a solution through less car ownership and more shared riding, so the government is happy to work with companies like Uber and Didi Chuxing to solve the problem through big data.

Uber has a huge task ahead of itself if it wants to become the market leader in China. But with a huge reserve of cash and new services, Zhen’s prediction of winning China by 2017 doesn’t seem too far off.