UberRUSH Proves There Is An Uber For Everything 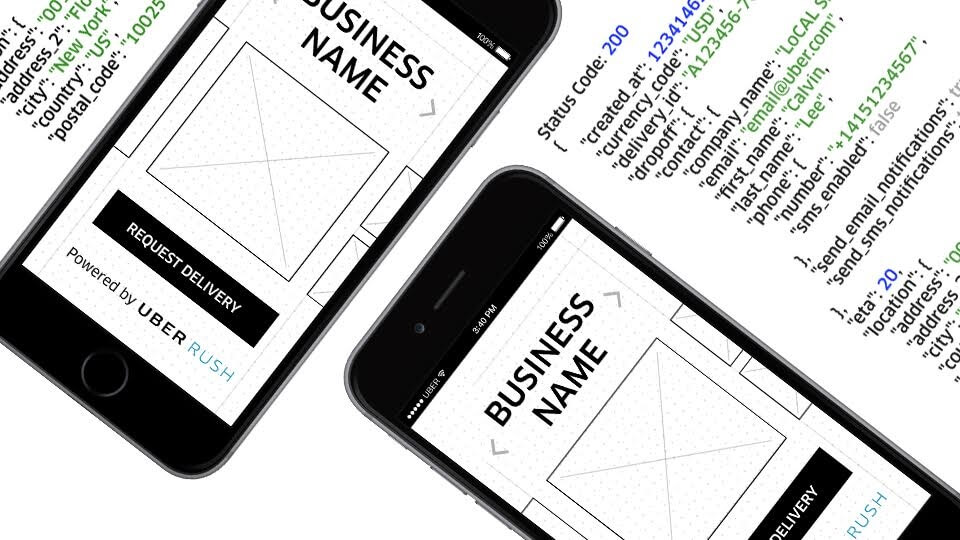 More deliveries will soon be coming from your neighborhood Uber driver. Uber announced today that it is making the UberRUSH application programming interface (API) available for any developer who wants to partner with Uber for on-demand delivery. The service will work in San Francisco, Chicago, and New York City.

Last mile delivery from UberRUSH debuted in private beta form in January. Companies like Google Express, Nordstrom, and 1-800-Flowers were a few of the first companies tog get taste of the service. Clearly, it was a hit. Opening the service to any company, as well as a partnership with Walmart to deliver groceries announced last week, shows that Uber is not just for people.

An Uber For Everything

Uber, like other Silicon Valley companies, wants to use technology to change the world. So far, app-based ride-hailing has done a pretty good job of that — so good, in fact, that Uber leaving a city (or threatening to leave) makes headlines.

But Uber has already conquered much of the world of moving people from place to place. Now Uber can focus on moving beyond people to prove that Uber’s expertise can be applied to just about any type of transportation a person could need.

“The RUSH API acts as a simple solution for companies looking to build or streamline last-mile logistics,” UberRUSH’s product manager Calvin Lee writes in a blog post. “Now anyone can build on-demand delivery right into an existing business — or dream up something completely new.”

Uber made note of a few smaller companies that have taken advantage of building out their own delivery options through Uber. There’s the artisan pizza maker Pythagoras, on-demand dry cleaning service Dryv, the meal delivery services Ando and Mealmade, and even the drone rental business Up Sonder.

The names — while not head turning — show the direction that Uber believes this service will take. UberRUSH could benefit small companies that don’t have the resources to build custom delivery into their own apps.

“Our goal is to enable any type of on-demand business,” Lee writes, “whether it requires moving people or things.”

No matter which business partners with it, UberRUSH will work in a similar manner.

First, a customer selects UberRUSH from the app the person is buying through. The person is given a quote, completes the purchase, and the company prepares whatever it is that was just ordered.

Then, the company requests delivery from Uber. Uber drivers can sign up to do UberRUSH deliveries as well, but there are some drivers who only drive products, not people. The drivers who do both are never doing both at the same time, however.

An Uber driver comes and picks up what needs to be delivered, and the customer gets a tracking URL to see where their order is in real time. The Uber driver drops it off and everything is done and paid for.

Uber also offers UberRUSH for the web, not just app-based businesses, and it works in the same way.

Uber is still a private company, but estimates on the value of Uber are somewhere in the $60 billion range. A $3.5 billion investment in Uber from Saudi Arabia shows the global confidence in that valuation, and the move into deliveries could grow into a large addition to the bottom line of the company.

Uber has kept itself busy this year. It has experienced immense growth in Latin America, and now has it’s eyes on winning the Chinese market away from Chinese companies that offer a similar service.

Public perception about the company, however, varies. Early numbers about ride-hail drivers show that drivers are much better at driving than you are, and one study even showed that Uber makes a city safer in general. Of course, Uber isn’t alone in the world of app-based ride-hailing, and Lyft and other companies are teaming up to cut into some of Uber’s global market share.

If UberRUSH proves anything, though, it is that Uber is a clear leader in all transportation — from people to products.